A land where men are free

The mountains of the North, the first foothills of the Himalayas, are where the heart of Thailand beats. Here, the spirit of Thailand in all its intensity and originality is present everywhere: on the steep mountain tops, on the sheer slopes, beneath the mantle of the jungle and in the valleys carpeted with rice fields, in the dampness of the air and the freshness of waterfalls and streams. It is in this wild and isolated area, far from trekking trails and tourist routes, that the course has been created.

There are mountains on the very doorstep of Chiang Mai, the capital of the North. Doi Pui (1663m) overlooks the roofs of the city and its 300 temples. Seen from above, however, Doi Pui is no more than a first peak, an advance guard signalling the proximity of the highest mountains in the country. Amid them, the most striking in form and size is Doi Chiang Dao (2250m). 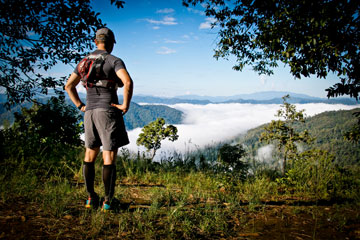 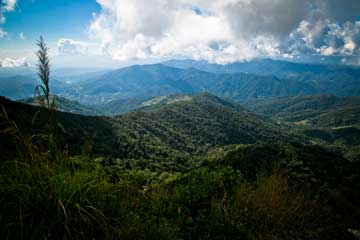 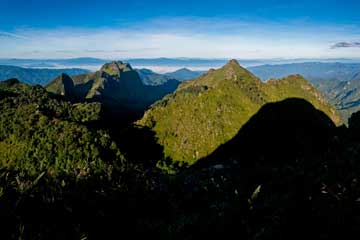 UTCM, is the quest for this summit. It leaves from Chiang Mai and crosses mountains, hills and valleys, to the village of Chiang Dao. It is a colossal journey, covering a distance of 150 kms, with a total gain in elevation of 8’800 metres.

In the dense jungle, where nature has the air of a lost world, there is a whole network of isolated tracks. These ancient beaten-earth paths, marked out by the hill tribes to link their villages, have been used less and less – some of them completely abandoned – but it has been possible to bring them back to life to create UTCM course. 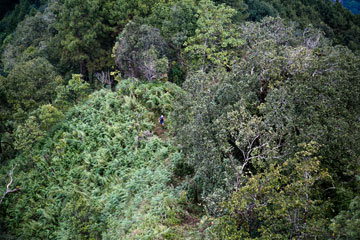 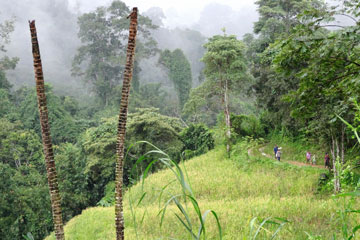 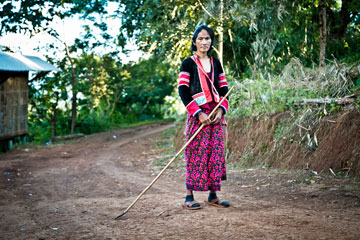 UTCM, is an entirely new course woven together from tracks and paths which wind from village to village in the very heart of the tropical jungle. It plunges you into distant areas, following unexplored and rarely used paths in direct contact with the ethnic minorities.

Our philosophy is to break new ground and offer new challenges. In 2013 we organised the first trail running project in Thailand between Chiang Mai and Chiang Rai. In 2015 we shall initiate the first ultra trail in the country. It will be the wildest trail in Asia, and one of the most demanding too. It is our ambition to make this wild ultra run a must-do for all the inhabitants of planet Ultra. 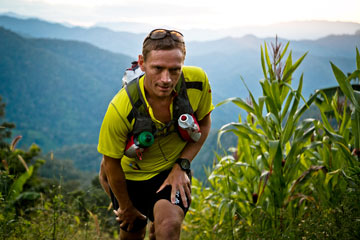 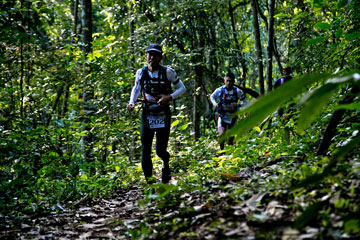 UTCM, is an exceptional challenge for devotees of major trail running. It will be a true adventure and a magic moment to share, on the steep slopes of Doi Chiang Dao, in the jungle’s green tunnels, along the edge of rice fields or around the fires of our hosts for the night.

An hour by plane from Bangkok, Chiang Mai is a traditional walled city, yet open to the modern world. Beloved by the Thais, it's known as the Rose of the North. It is true that it has everything necessary to delight you. Its long history is full of myth and legend, its countless ruins and temples can be visited on foot or by bicycle. The tenor of life is gentle, its rhythm easy and the city is perfectly placed for lovers of the beauty of nature and of mountain sports. Chiang Mai is the perfect starting place and base camp for our adventure.

An alpine peak in Thailand. Seen from the valley the silhouette of Doi Chiang Dao, the only alpine peak in Thailand, stands out against the sky, mysterious and fascinating. Of all the high mountains in the North it is the most imposing and the most inaccessible. With a summit 2,250 metres high and a profusion of lesser peaks and ridges, sheer cliffs and spectacular rock walls, this iconic Asian mountain, where rock and jungle meet and blend, is still barely known. It is the Holy Grail of trail running.